Flutter is the most widely used open-source UI software development toolkit. Now there are two models of Flutter in the market. Flutter 1 did a great job as it helps in less code development time, rendering engine, better time to market, and more.

Flutter 2 came to life after several glitches surfaced during the usage of Flutter 1. March 3, 2021, was the marked date for its development. Thanks to Google, Flutter 2 has every such feature lacking in Flutter1. Often a comparison is drawn between Flutter1 vs. Flutter 2. Let’s dive into the blog for further details.

What Are Flutter And Its Uses?

Flutter is the Google platform’s compact UI toolkit. It is used for compiled applications and bringing them into reality. Flutter helps developers to speed up app development. It is just like a canvas for designers for building high-end user experiences. Turning the concept into production code without compromises makes it a choice of many designers.

Building multiple platforms out of a single codebase Flutter allows the combination of app developers into single mobile, desktop, and web app.

The stablest library comes with optimized Flutter app performance. Looking for libraries that cover unusual cases for working with Bluetooth might involve several challenges. One needs to have solutions like Copy-paste Flutter_blue in Gitlab rather than Github. Now developers without landing in the trap of wrong libraries can use Flutter 2 to resolve complex problems.

Usually, working with localization can be a challenge in Flutter, as identified by several developers. Developers can ascertain the locale of any device without any complexity. The process for managing the locale-dependent resources is non-existent.

Various companies introduce new devices with new screens, different pixel densities, and orientations. Though Flutter 1 offers logical pixels, according to Google, the parent of Flutter does not consist of DPS. But the logical pixels and device-independent pixels are of a similar kind.

However, it is practically impossible to build a user interface utilizing sizes that use sketches. These sizes may not bring the same results for every screen. A shift to Flutter 2 is required to improve Flutter web app performance.

Google introduced a better version–Flutter 2 after two long years. The new framework aims at empowering developers towards compact, active, and artistic applications. It eases out to reuse the code to native apps for the five top operating systems–Linus, macOS, Android, Windows, and iOS.

This new version update focuses more on creating the experience for users rather than focusing on the platform. The new features include the following:-

Flutters’ desktop support is available in the stable channel under an early release flag. There have been many improvements. Ensuring text editing operates like the native experience on each supported platform is one such improvement.

Supporting integration with native top-level menus, text editing that feels more like the experience of the individual platforms, accessibility support, and general performance enhancements are such improvements.

Developers often ask how you write an app that adapts itself well to multiple different form factors, different input modes, and different dialects? Flutter Folio scrapbooking app got commissioned to answer these questions.

Folio is a simple example of an app that you would want to run well on multiple platforms from a single code base. Being platform adaptive means adapting well to whatever platform it’s running on.

An open beta for Google Mobile Ads SDK for Flutter is the brand new plugin that provides inline banner and native ads, in addition to the existing overlay formats. The plugin unifies support for Ad Manager and Admob, which can be tailored according to various size scenarios.

Dart language is a synonym for sound null safety. It is used to create the type system by dividing non-nullable and nullable types. Avoiding null error crashes and thus, saving developers from a lot of effort.

Which Is Better? Flutter 1 Vs. Flutter 2 Edition Thanks to Googles’ Flutter SDK launch, developers can now create natively organized apps that can popularize. This led to the mass distribution of the programming language. Well, it was Flutter 1 that set the benchmark for the introduction of Flutter 2.

Various gaps could be identified by the developers while using the new version. Dart language and Flutter framework hold high potentials for enhancing future app development approaches. Does the question arise what a dart language is?

Well, dart language is a well-optimized programming language for macOS, Windows, iOS, and Android. Dart language was initially developed to compete for the flexibility and web compatibility of JavaScript. Slowly yet steadily, this language is getting recognized.

We hope this article about difference between flutter 2 and flutter 1 is helpful to you. Do share this content on social media if you found it helpful for you in any manner. 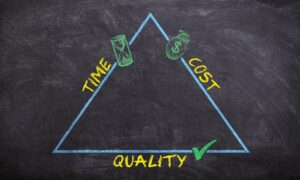 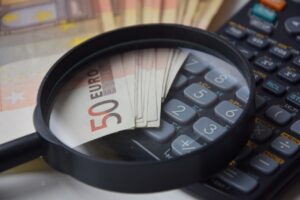